The term “Andropause” is to men what “Menopause” is to women. Andropause is a gradual but consistent decline in the sex hormones of middle-aged men. Andropause is a very real health phenomenon affecting millions of men in the world, but it is not officially recognized by the World Health Organization. The medical profession and public awareness of andropause today are similar to their ignorance of menopause a few decades ago. As a result, men suffering from the effects of andropause are unable to find much-needed help and guidance (1).

Andropause plays out over a longer period of time than menopause. Hormonal shifts such as a decline in testosterone levels begin taking place starting in a man’s mid-30s, and continue until his 50s or later. These shifts, taking place over decades, mean that the day-to-day changes in men are subtle. By the time symptoms are evident—showing up as loss of muscle mass, decreased athletic performance, poor mental function, or diminished sex drive—a slow sapping of vitality and vigor have occurred, and the pathology is already in place. 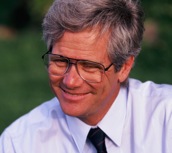 Andropause is best defined as a state in which males cease to be androgen, or male hormone, dominant. In other words, the male body and brain, which should operate predominantly on androgens, no longer do. Thus, they fall under the influence of the relatively dominant, increased estrogen levels.

Of the ten most common causes of death in males, five are directly related to this decline in androgen dominance. These five causes of death, heart disease, stroke, diabetes, suicide (depression) and Alzheimer’s disease are major players in health risks for men, and proper management of men’s health in their middle years can play a significant role in prevention and treatment of these disease patterns.

Benign prostatic hyperplasia (BPH) is a very common andropause disorder, and most men wrestle with this complaint at some point during their later lives. All men will have increased proliferation of their prostate tissues; nearly 60% of men between 40 and 59 have an enlarged prostate. So the question for men is not “How do I avoid prostate enlargement?” but “How do I keep an enlarged prostate from causing me problems?” The answer lies in good management of andropause.

The gradual presentation of andropause makes many men accept their symptoms as part of “normal aging,” which prevents them from seeking care for a decline that can respond well to intervention.

How does Western Medicine Treat Andropause?

How does MHS manage Andropause?

There are many contributing factors that increase risk for andropause symptoms. Inflammation, insulin resistance or diabetes, low testosterone, obesity, declining mental function, and impaired circulation all work in an interrelated fashion to cause a shift from androgen dominance.

A thorough health history intake, physical examination according to Traditional East Asian Medicine principles, and possibly looking at laboratory blood tests will help to make clear the priorities for each man. Treatment is usually multi-faceted, involving:

Acupuncture to improve circulation and clarify a Traditional East Asian medical diagnosis, which will aid in refining an intervention for more rapid and patient-specific results;

As a population, men tend to be poor at self-care, and are often reluctant to seek medical care whether it is from a conventional or a complementary provider. But more and more men are realizing the benefits of preventive care. As men live longer, they find it increasingly important to maintain optimal energy, acute mental function, balanced emotional states, and high physical strength and stamina.

Tackling the health issues of andropause head-on, and addressing the multiple systems involved in the aging process, significantly reduces the risk of many age-related diseases while making a full and vital life, long into “old age”, a reality.

Harrison J. Talking about my generation: a state of the art review of health information for men in the andropause. Health Info Libr J. 2011 Sep;28(3):161-70.

Wang X, Stocco DM. The decline in testosterone biosynthesis during male aging: a consequence of multiple alterations. Mol Cell Endocrinonol. 2005 Jun 30:238(1-2):1-7. This study discusses age related increases in COX 2 enzymes (inflammatory enzymes inhibited by NSAIDS) which may cause a reduction in testosterone concentrations.

Carreau S, et al. The Promoter(s) of the aromatase gene in male testicular cells. Reprod Bil. 2004 Mar;4(1):23-34. “In human adipose tissue, the primary promoter of aromatase gene expression (is). . , driven by class I cytokines IL-6 and TNF alpha” (this means that testosterones will drop and estrogen levels will rise, a bad scenario for males).